The Diocese of Neyyattinkara is a Catholic Diocese erected in 1996 by His Holiness Pope John Paul II, bifurcating the Diocese of Trivandrum. The Bishop of Neyyattinkara is Bishop Vincent Samuel. This Diocese situates at the extreme south of Kerala state bordering Tamilnadu. This is a mission Diocese and the missionary activities began at the dawn of present century. However the missionary activities became active only during the past five decades as the Zealous missionary work of the Carmelite missionaries from Belgium. The geographical area of this Diocese consists of three taluks namely Neyyattinkara, Nedumangad and Kattakkada with an area of 1497 sq kilometers. The Diocese consists of 11 Foranates 85 parishes with 156 mission stations. There are 126 priests working in the parishes and mission stations. In addition to the priests 322 religious sisters are also working the diocese helping the pastoral and social activities in the mission stations. Total catholic population of this Diocese is 153760.
Neyyattinkara Integral Development society is the official Social service organization of the Diocese of Neyyattinkara. The mission of this organization is the creation of a just Society based on human values. The mission of this organization is the empowerment of the marginal communities towards sustainable and participatory development. The objective of the organization is to promote sustainable agriculture through organic farming, to facilitate the formation and strengthening of community based organizations and self help groups. To facilitate the participation of Dalits Tribals and other weaker sections of the society in the Development process. To initiate antinarcotic activities and the rehabilitation of the victims. To initiate rehabilitation programme of the physically and mentally challenged and aged. To promote alternative health care system and eco-friendly life style. To promote vocational skill training. This organization is actively engaged in the various social service activities for the uplift of the weaker sections of the society.
When the volunteers arrive here we given them a week for adjusting themselves with the new situation such as the place, food climate, languages and the people. After a week we ask their area of interest to work. There are oldage homes, childrens home, orphanages, schools, to work. They can also work with the blinds, environmental issues and in the seminary. They can also participate in the church programmes such as attending church feasts social and pastoral acitivities as well as visiting homes. They could also participate in cultural, social local and national festivals. Participation is such programmes facilitate to the cultural exchange as well as to know the art and culture of this country. We provide the food and accommodation free of cost to the volunteers. We also help them in the processing of the Government documents for their stay here. So far the volunteers were happy and enjoyed their life and work here. We are maintaining a very good relationship with the volunteers while they are here as well as their return to home. Most of the volunteers invited their family members while they were here which further strengthened our relationship. 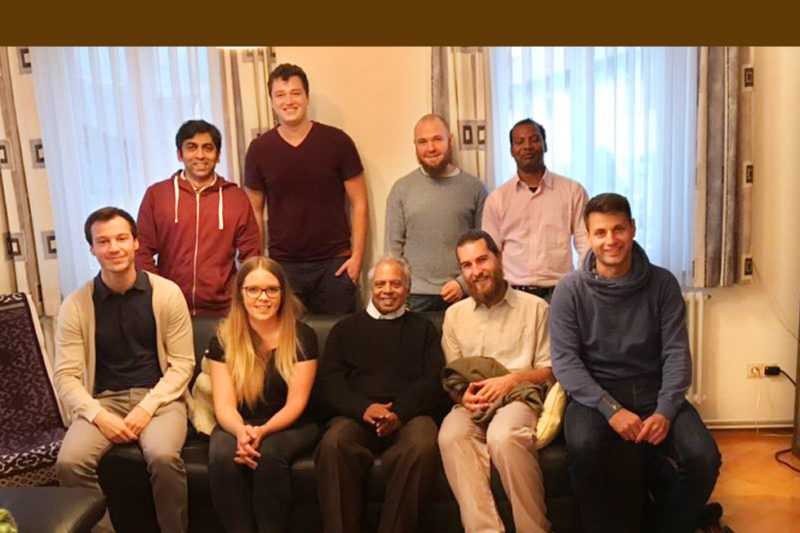 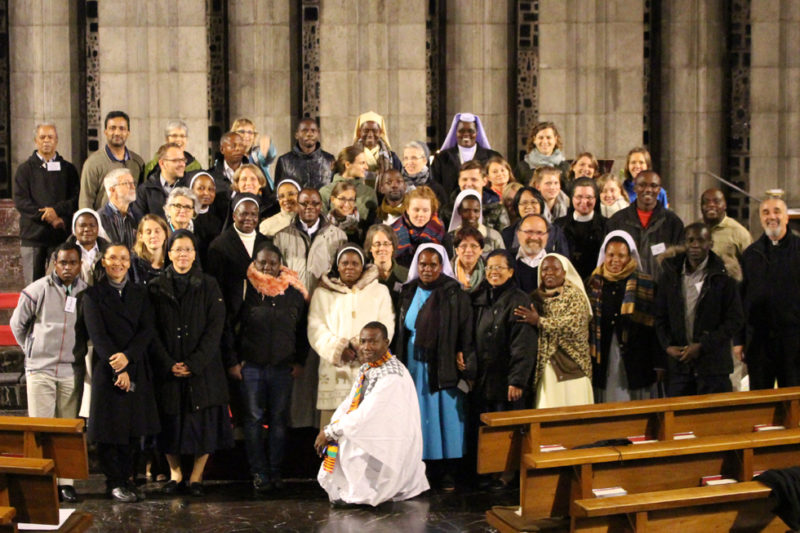 The first question was their expectations before coming to India. Their expectations were general but varied. They knew that they were going to a different country where the language, culture, food and climate are different. Though they were happy to come, they were also worried about the new situation such as the accommodation, food, hygiene, the kind of work going to do, how to communicate to the people in a different language and whether they will be accepted by the community because they are different. They had attended a preparation course before departure which was very general. But in a country like India with region wise diversities the information was rather vague. However, the volunteers who came later had personal meetings with their predessors and they had realistic and genuine information from them.

The second question was about their actual experience congruencies and difference to their expectations. The actual experience were very different from their expectations. They felt the community very open and welcoming. They never expected so much welcome they experienced when they came here. They got so many invitations to visit the homes of the people here even when they did not know the language. They felt loved and accepted by the community. They were happy with the food and accommodation, though it took some days to get adjusted. The friendship and hospitality were astonishing. After some days they started to make friendships with the local youth and started to involve in the community which made them happy and started to love the place. Some of them taught in the local schools which also facilitated to build rapport with the children and their families. This also facilitated to the cultural exchange. Slowly they started to learn the local language which helped them to communicate with the people.

The third question was about the achievement of the local people from their volunteer service and how it benifitted them . They think that the cultural exchange between the volunteer and the local people are the biggest benefit of the local people as the consequence of the cultural dialogue. The Indian and German culture differ in many ways. The dialogue between them has contributed considerably towards broadening the horizon of the local people who had never been away from their locality. From their varied service, also the local people benifitted. It was also a mutual learning process of both culture. Though the people are poor, they were friendly and loving. This has inspired most of the volunteers and influenced the approach and behavior of the volunteers which caused attitudinal change. As the consequence of the interaction with the Europeans they could understand and accept the foreign culture which fostered the inter cultural relationship and consequently enhanced their perspectives and views.

The fourth question was their suggestion to improve the volunteer programme. Their first and primary suggestion was to conduct a one month Language course prior to the departure of the volunteer from Germany and it should be done by German side. May be we can seek the help of the Indian priests working in Germany for this. The preparatory course should be specific to the location where the volunteer is going to be placed. This is because India is a vast country with diversities. It is good to organize an interface with the former volunteers so that they have first hand information on the actual situation. They also suggested tohave a regular and steady work with routine and rythem. They also suggested to have a meeting after two weeks of their arrival and decides what they do in consultation with them. Some of them preferred to work with Diocesan social service society.

The fifth question was their opinion regarding the organizing of an yearly get together of the volunteers in Germany. The volunteers are happy to have a regular meeting and they felt it very interesting. They felt it will be an opportunity to share the experience with like minded with similiar experiences. Some of them suggested that it will be good to have youth exchange programme by sending Indian volunteers to Germany also.

The sixth question was how did they experience the Christian life here. For this they felt that the faithful in India are more religious and conservative than Germany. The youngsters are also attending the church regularly compared  to Germany. Some of the volunteers discussed with the youth here regarding their religious life.

The seventh question was how the experience as an volunteer in India influence their present life. After years if something happens they think of India and compare it with Germany. It further help them to be convinced and set a goal based on ones vision. This gave them a better understanding of the present day happening with various point of viewes on various things. 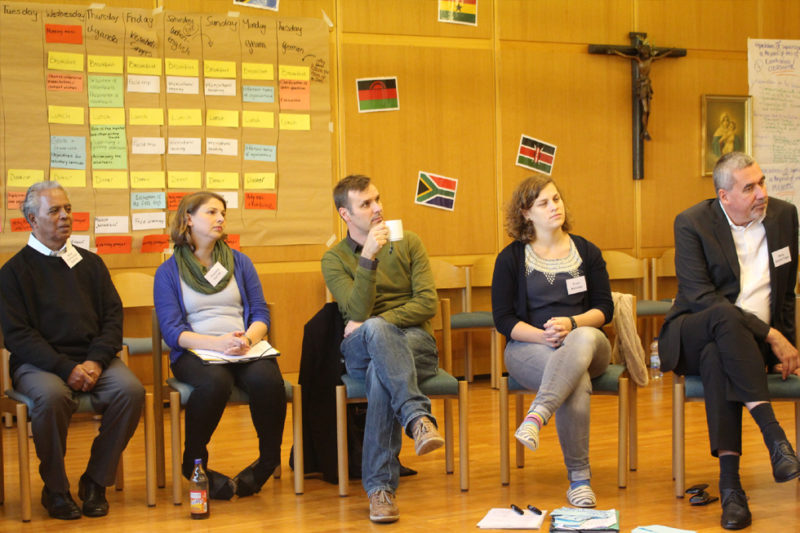 1. Create awareness on the local situation prior to their departure from Germany. For this they can avail the service of the priests from Neyyattinkara working in Germany.

2. To conduct a Malayalam language course prior to their departure as suggested by the volunteers.

3. When a new volunteer comes, he should come at least two weeks prior to the departure of the previous volunteer so that he can interact and appraise the new one regarding the situation.

4. To organize an annual meet of the volunteers in Germany in the presence of the representative of the mentor at a convenient time.

5. Exchange volunteers from India to Germany also to promote inter cultural relationship. They should be provided with scholarship for their travel expenses. 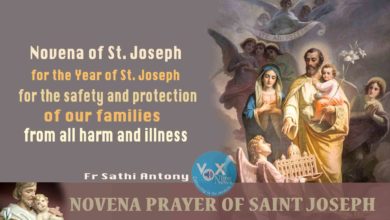 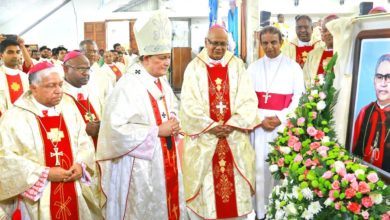 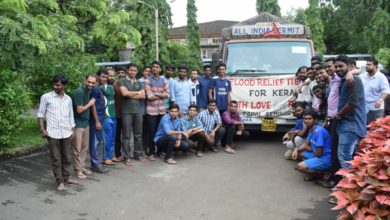 MANDATORY SOLIDARITY TOWARDS OUR BROTHEREN IN KERALA FROM PUNE 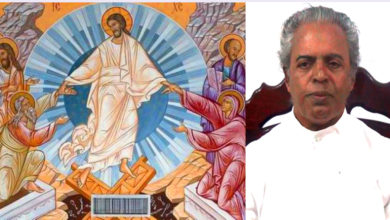